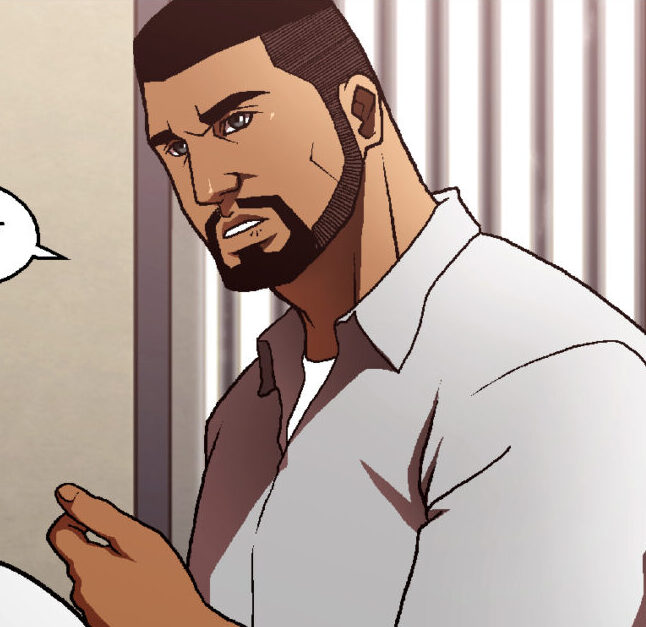 X is a prisoner that Callum Clarke meets for the first time in Riot #3. They form a master and student relationship after Callum learns that X is someone who clearly has experience with handling themselves in physical confrontations.

In Riot #4, X shared some potential insight with Callum, that he was taken away and adopted after killing his uncle when he was a child. This was due to him defending his younger sister and himself from their abuser. He was later adopted by a martial arts master; infamous for his Muay Thai and Dim Mak style. Not to mention, the so-called “blood punch”. X states he was somehow framed and found guilty for the murder of his own master, thus ending up in prison. While incarcerated, X maintained a reputation of someone not mess with or even get on the wrong side of. He broke a fight in the cafeteria simply because the noise coming from the inmates was annoying him. Even the guards fear him.